Readings for Tuesday of the Second Week of Easter

Last week, I had the chance to visit one of the most incredible pieces of architecture ever built — Frank Lloyd Wright’s masterpiece, “Fallingwater.”

Now Fallingwater is a house that dangles out over a gorgeous waterfall, clinging onto the side of a steep hill, surrounded by thick trees and massive boulders. It looks as if the entire structure literally grew right out from the hillside… and you’re left wondering to yourself: How is this possible? This building shouldn’t be able to exist… and yet it does.

At once Fallingwater looks entirely natural… growing organically out of the landscape and fitting in perfectly — and yet it’s jarring and unnatural too. It’s not what we’re used to seeing. It defies our sensibilities and we’re caught up in the beauty and wonder of its design.

Perhaps we are to dangle impossibly out over the running stream of this world as a witness to the New Life God has given us? In his latest Apostolic Exhortation which was released just yesterday, Pope Francis says that “holiness is the most attractive face of the Church.” He’s right. The way we live should be so jarring, so radically new and beautiful that it provokes a question and a response from the people who encounter us. They should see the way we are living and say to themselves: “Life isn’t supposed to work that way… and yet this person is flourishing! This person is fully alive! How is this possible?”

We just heard in our first reading how remarkable the early Church community was:

The community of believers was of one heart and mind, and no one claimed that any of his possessions was his own, but they had everything in common.

Sounds impossible, right? How did they do it? We find our answer in the next verse:

With great power the Apostles bore witness to the resurrection of the Lord Jesus, and great favor was accorded them all.

It’s in the announcement of the Resurrection that the Church, both then and now, discovers its deepest identity. Easter defines our existence and is the grounds for our participation in the Divine Life. Fr Cantalamessa, the pope’s preacher has this to say: “Everything that exists and moves in the Church – the sacraments, doctrine, institutions – draws it’s strength from Christ’s Resurrection.” It’s the empty tomb that empowers us to dangle out over the waters, to shock and compel — to attract and inspire.

Jesus alludes to this mystery with Nicodemus in our gospel. Christ tells the cautiously curious Pharisee that “You must be born from above.” Nicodemus is naturally confused by this strange statement, so Jesus proceeds with an analogy:

“The wind blows where it wills, and you can hear the sound it makes, but you do not know where it comes from or where it goes; so it is with everyone who is born of the Spirit.”

Everyone who is born of the Spirit means everyone transformed and renewed by the reality of the Resurrection of Jesus. They are a living mystery. Anyone who is born from above has been invested with Divine Life, which is Divine Love. They radiate God’s own love, and therefore provoke intense curiosity in others. Jesus uses the image of wind to express something of this truth. We can feel the wind, but we cannot control it. We cannot provide a simple explanation for its origin nor its destination. It’s a mystery that’s beyond man’s comprehension — just as the Resurrected Life that’s breathed into us by Baptism and the other Sacraments is a profound mystery that is beyond our manipulation or simple explanation.

The reason Nicodemus was willing to come to Jesus by night, despite the pressures and threats of his fellow Pharisees, was that Christ’s life baffled and attracted him — Nicodemus recognized that there was something new and beautiful being revealed in Jesus, and he wanted answers.

We’re each called to do the same every single day. Unfortunately there are a lot of apathetic and bored people in this world… unenthused by religion and even repulsed by the claim that absolute truth exists. Our lives, empowered by the Resurrection and nourished by the Sacraments, must be a living witness to the empty tomb. We Christians must be so strange, so new, so uncommonly full of vitality — that the world’s apathy might soften into openness, and that openness might grow into hunger for Truth.

Nobody can honestly remain indifferent when confronted with a living saint. It’s our privilege to work with the grace of God and become just that — to dangle impossibly out over the water, confusing the world so much by our joy and beauty that they have to wonder: How do these Christians exist?

Our answer? Christ is risen. 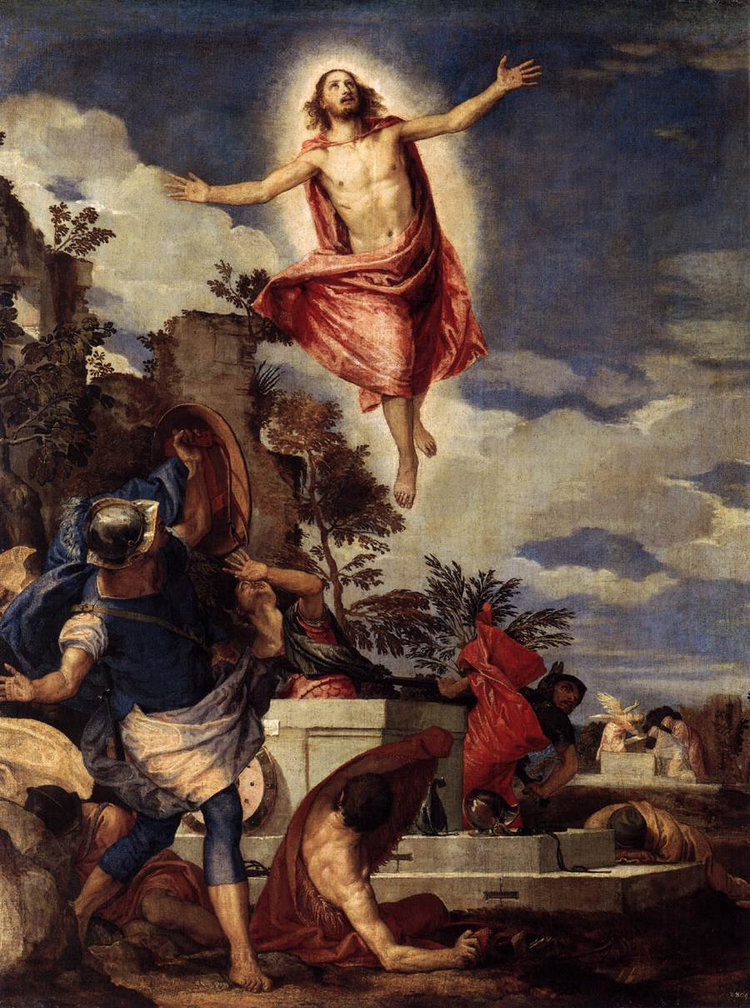